This email address is being protected from spambots. You need JavaScript enabled to view it.

How common are burglaries in the Camberley area?

As a Local Emergency Locksmith, I often get called out to assist the Surrey Police in securing a property following a police raid, a break in or due to an incident of anti-social behaviour that has resulted in damage to property, compromising the security of a building.

Thankfully, UK burglary crime rates are decreasing and this is largely due to homeowners investing in better home security, and also because technological manufacturing advances in doors, windows, glazing and locks are making it harder for these products to be tampered with or broken.

There is however no room for complacency. Burglaries still do happen. Some are meticulously planned whilst others choose to target more vulnerable people and are perhaps more opportunistic. In Blackwater and Hawley area there were 6 burglaries per 1000 households in the last year and this is higher than general robbery, theft, vehicle theft and drugs offences. Anti-Social Behaviour and Criminal Damage offences have the highest crime rates in our local area.

The burglary crime rates for the county of Surrey from October 2015 to September 2016 have remained pretty constant. There were a total of 4,920 burglaries reported during this year, averaging 410 per month. This doesn’t include vehicle theft, bike theft, theft from a person or shoplifting.

Surrey has a lower burglary crime rate compared to Hampshire. Hampshire has had 10,057 burglaries reported between September 2016 to October 2016, averaging 838 per month.

Choosing the right home security devices for your needs can be a little daunting. There are so many on the market these days and it can be difficult to see the wood for trees and feel confident you are buying the level of protection that will give you the reassurance you need. 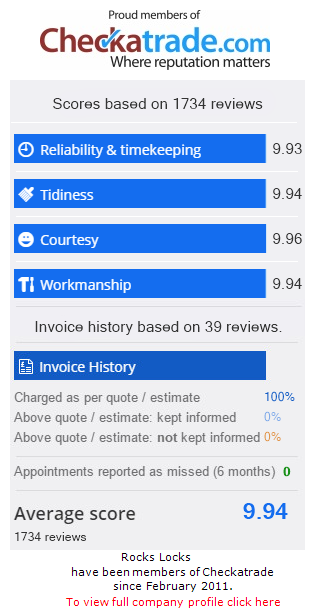